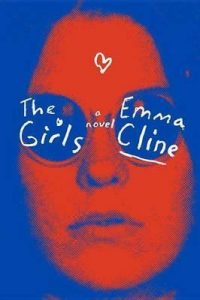 The Girls by Emma Cline

Cline’s novel is set in California and is loosely based on the Manson “family” and their crimes.  The protagonist in ‘The Girls’, Evie, just wants to be noticed: by her family, her friends.  anybody.  Then along comes Suzanne who is older and welcomes Evie into the fold.  The reviews of this book have been overwhelmingly positive.  Despite the topic being a challenging one to read, it’s beautifully written.  The overarching themes of wanting to belong to a group are universal.  The film rights were snapped up before ‘The Girls’ was released.  A hit. Annie Proulx is universally acknowledged as ‘One of the greatest American writers’.  The 80 year old Pulitzer Prize-winning author of The Shipping News and Brokeback Mountain, spent ten years writing ‘Barkskins’, an epic, dazzling, violent, magnificently dramatic novel about taming the wilderness and destroying the forest, set over three centuries and covering 700 pages. Barkskins is a masterpiece of intricately cut characters and dazzling settings.  We are with these characters over their life’s journey.  An amazing read. 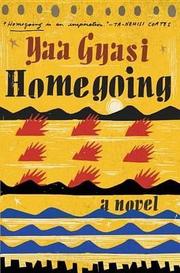 Gyasi’s debut novel traces the journeys of two branches of the same family tree. Two half sisters, Effia and Esi, unknown to each other, are born into two different tribal villages in 18th century Ghana. Effia will be married off to an English colonial, and will live in comfort from the proceeds of slavery.  Her sister, Esi, will be imprisoned in the Castle’s women’s dungeon, herself a slave.  Touted as one of the most highly anticipated debuts this year, Homegoing has been garnering rave reviews due to Gyasi’s ability to weave two very different stories together.  Sentimental as it is intellectual, this is another novel not to be missed.

Pulitzer Prize winner Anne Tyler’s Vinegar Girl is a modern re-telling of Shakespeare’s ‘The Taming of the Shrew.‘  In what appears to be a current trend to re-tell Shakespeare’s works by acclaimed modern authors, this book has been released to mixed reviews.

While it is easy reading, funny, quirky and well told, it lacks the depth of Tyler’s prior works.  The question could also be asked: why modernise a classic? 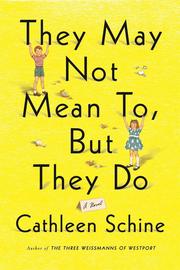 They May Not Mean to But They Do by Cathleen Schine

Joy Bergman is not slipping into old age with the quiet grace her children, Molly and Daniel, would prefer. She won’t take their advice, and she won’t take an antidepressant. Schine’s latest novel combines dark humour with incredibly insightful observations about life, love, death and relationships.  Clever, witty with deeply moving undertones, this is an easy read on the complexities of inter-generational relationships. 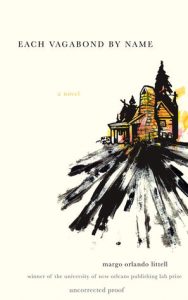 Each Vagabond by Name by Margo Orlando Little

“It was an ordinary Fall until the gypsies came.”

Fast-paced, mysterious and heartfelt, Each Vagabond by Name takes place in a small, South-Western Pennsylvanian town.   Zachariah Ramsay, owner of the local bar finds himself drawn into the world of a group of travelling people after a hungry man turns up one day at his door.  When the group begin to rob townspeople’s homes, Ramsay is drawn into their world.

Another debut novel, Each Vagabond by Name features beautifully developed characters and a compelling plot.  Hard to put down!

For more 2016 releases, check out our Pinterest board 2016 New Releases.