When it comes to spending time together as a family, the habit is often to jump in the car and get ‘out and about.’  Children want unhurried time with their family where you can just take pleasure in each other’s company.  Quite often, the actual activity isn’t that important.  Bearing that in mind, board games have come back into vogue and also have a secondary benefit of teaching social skills such as how to win, lose, take turns and comprehend rules together.  Some board games are particularly useful in boosting number, shape and letter recognition, as well as hand and eye coordination in children.

We may have been brought up on old favourites such as Monopoly, Cluedo and Scrabble as children, but there are a fantastic range of new board games on the market that you can play together, all available on Booko.  Here are some of our recommendations: 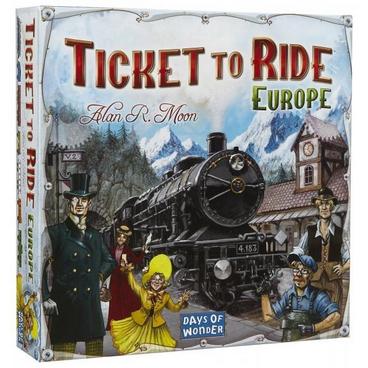 The aim of this game is for players to claim train routes between European cities in turn-of-the-Century Europe.  There are different coloured routes linking cities such as Paris, Moscow and London .  Players must collect train cards that match the colour of the route to win it.  A light-hearted family game, this is best played with 4-5 players.  This game is fun and easy to understand for younger players. 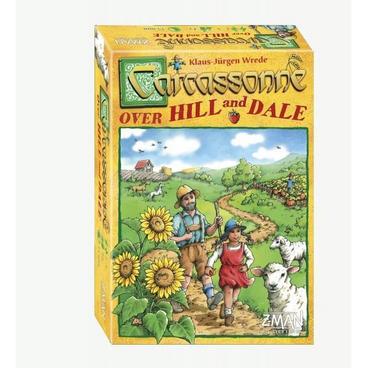 Carcassonne Over Hill and Dale Board Game

Part of the larger series of Carcassonne games, ‘Carcassonne Over Hill and Dale’ allows players to be farmers who care for animals on their large farms and cultivate the fruits and vegetables in their fields. Players must take turns selecting tiles and fit them with the current landscape.  Players can claim control of roads or fields and win points when these are completed.  This game is more of a relaxing, thinking game than high energy. 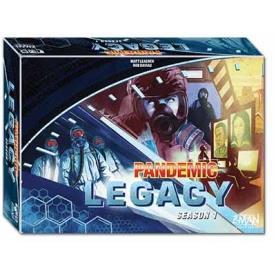 Pandemic Legacy has been reviewed against hundreds of board games and crowned ‘The Best Board Game Ever Made.’  Such an impressive title, but the subject matter is slightly depressing: the game is based on a fight between four disease specialists who travel the world trying to find a cure to four different diseases that threaten to bring the world to the brink of disaster. Each month will bring new surprises and your actions in each game will have repercussions on the next. The game is played co-op style and is won by curing diseases.  The thinking man or woman’s board game. 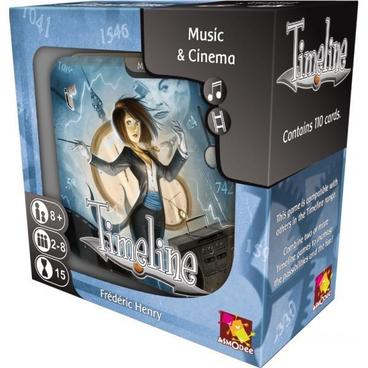 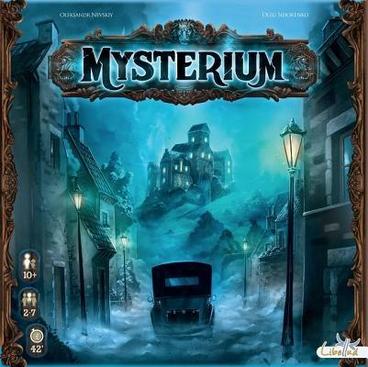 Mysterium is a cooperative game involving ghosts, a psychic and a murder.  All players bar one are psychics, spending time in a haunted house after a murder has taken place.  The ghost must guide the psychics to the correct murder weapon, crime scene and culprit as quickly as possible.  The final round involves psychics deciphering a single dream to tell them who committed the murder.  This game is loads of fun and an easy to play card game. 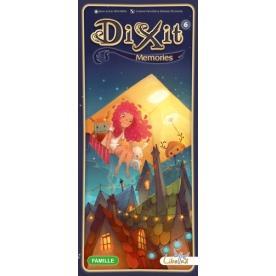 Dixit Memories is the latest offering from the Internationally best-selling Dixit series. A card-based game for 3-6 players, there are 84 cards to the series.  Each of the cards contains surrealist images from artists Carine Hinder and Jerome Pelissier.  The cards contain images of exotic landscapes and beautiful creatures.  The active player must provide a clue to what their chosen card is.  The remaining players must then select one of their cards that best represents the clue from their pack.  The players must then vote on what they believe the active player’s card is.  We were enchanted by the beautiful artwork on the playing cards.

For more options on the board games available through Booko, visit our Pinterest page.