Taking meaningful steps to reduce our environmental footprint has been top of mind for me over the last few years.  As for how that translates into action, it tends to get overridden by the rush of our lives.  I’ll never be the Felicity Kendall character from ‘The Good Life‘ and raise chickens and goats but I can focus on buying better-produced products and minimise product packaging.

The World Wildlife Foundation have provided an ecological footprint calculator which measures your carbon footprint and also includes steps you can take to reduce your impact on the environment.

Here are our picks for inspiring books about sustainable living (including an E-Book). 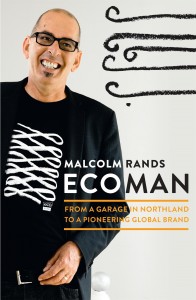 The story of how Malcolm Rands, an organic gardener and hippy from Northland, built the pioneering global brand ecostore. Malcolm Rands started ecostore from New Zealand’s first permaculture eco-village with his wife Melanie in 1993. They sourced local manufacturers to make a range of organic gardening; home cleaning and body care products for the then mail-order business in the dug-out basement of their home. Twenty years on and Malcolm has developed ecostore into a multi-million dollar business.

The Weather Makers by Tim Flannery 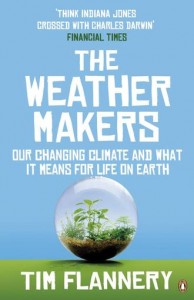 Tim Flannery takes the reader on a journey through history and around the globe as he describes the diversity of the world’s ecosystems and reveals how the earth’s climate has changed, causing devastating changes in the weather, from hurricanes to heatwaves.

This Changes Everything: Capitalism vs the Climate by Naomi Klein 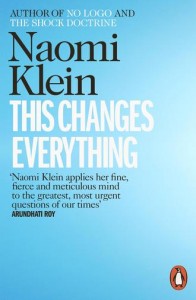 In this groundbreaking book, Klein debunks the myths we have been fed about climate change such as that it’s impossible to get off fossil fuels.  Klein challenges these assumptions and clearly articulates the relationship between free-market capitalism, the fossil fuel industry and global warming.  Winner of the Hilary Weston Writers’ Trust Prize for Nonfiction, Observer Book of the Year and New York Times Book Review 100 Notable Books of the Year.

Adventures in the Anthropocene: A Journey to the Heart of the Planet We Made by Gaia Vince 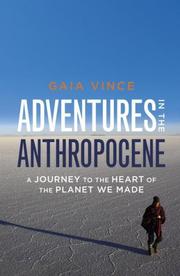 Gaia Vince writes of us entering a new Geological epoch: The Age of Man or Anthropocene.  The changes made by humans over the past few decades have changed the world beyond anything it has seen in its 4.5 billion years.  The impacts of this are that people are finding ingenious ways to solve ongoing crises, such as the retired railway worker who’s building artificial glaciers in the Himalayas.   Winner of the Royal Society Winton Prize for Science Books 2015.

Six Degrees: Our Future on a Hotter Planet by Mark Lynas 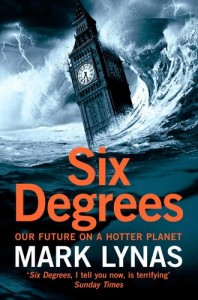 The title of Lynas’s book, ‘Six Degrees’, refers to the terrifying possibility that average temperatures will rise by up to six degrees within the next hundred years. This is the first time we have had a reliable picture of how the collapse of our civilisation will unfold unless urgent action is taken.  Most vitally, Lynas’s book serves to highlight the fact that the world of 2100 doesn’t have to be one of horror and chaos. With a little foresight, some intelligent strategic planning, and a reasonable dose of good luck, we can at least halt the catastrophic trend into which we have fallen – but the time to act is now.