In the early 70s, President Richard Nixon’s Agriculture Secretary Earl Butz called for American farmers to “get big or get out”. This signified the end of New Deal-style rural assistance programs and ushered in the start of big agriculture in the United States.

However while agribusiness has since become dominant, the love of independent, small-scale farming has never died. The trend in recent decades towards homesteading, or self sufficiency on a small acreage, has borne this out.

Homesteading can mean a number of things to different people, though independence is always the key.

Homesteading in the US has grown from a fringe movement to one where self sufficiency and growing foods the traditional way has become a viable, even profitable, concern for many people.

The movement can be traced to pioneers such as UK author John Seymour whose work “The Complete Book of Self Sufficiency” has inspired many to return to the land. 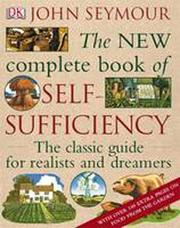 Many homesteaders follow the design principles of permaculture as outlined in David Holmgren’s Permaculture Principles and Pathways Beyond Sustainability.

Other publications such as Ron Macher’s “Making your small farm profitable” have concentrated on the profitability and availability of credit for small farms and homesteads.

Whether the aim is to grow organic food, disconnect from the grid or a retreat from city life, homesteading has proved a viable alternative to reliance on supermarkets, big power companies and big city living.