This July, Booko has been highlighting award-winning literature of the last 12 months.  This week, we’ll take a look at the shortlist for this year’s International Booker Prize, whose winner will be announced shortly (in August).  The International Booker Prize is awarded annually for a single book, translated into English and published in the UK or Ireland. It celebrates the craft of translation as well as of writing – with its substantial prize money to be equally divided between author and translator.  The prestige of the Booker brand is further supporting the growth of “in translation” works – bringing additional richness and diversity into English-language publishing.

The Enlightenment of the Greengage Tree by Shokoofeh Azar; translated from the Farsi by Anonymous

Set in Iran in the decade following the Islamic Revolution in 1979, The Enlightenment of the Greengage Tree views the chaos of the post-revolution era through the eyes of a family of intellectuals.  Using a magical realism reminiscent of traditional Persian storytelling, it is a powerful and moving story that speaks of the power of imagination when confronted with cruelty.

Shokoofeh Azar is an Iranian journalist, artist and writer, who fled Iran as a political refugee, eventually settling in Australia.  The Enlightenment of the Greengage Tree is banned in Iran, and is her first novel translated into English.  It has already been honoured in the shortlist of the Stella Prize, and the University of Queensland Fiction Book Award.  The translator is remaining Anonymous due to possible political repercussions.

The Adventures of China Iron by Gabriela Cabezon Camara; translated from the Spanish by Iona Macintyre and Fiona Mackintosh

The Adventures of China Iron is a daring, playful story of a young woman in pursuit of a freer life.  China Iron, the child bride of Martin Fierro, escapes an environment with entrenched violence against women. China and Liz, a Scottish adventurer, travel through the Pampas in an ox-drawn wagon.  There are loving descriptions of the Argentine landscape, as well as thoughtful reflections on the effects of Gaucho culture, Argentinian nation-building and British colonisation on indigenous communities.  The women (now lovers) eventually find refuge and a peaceful future in a utopian indigenous community.

Gabriela Cabezón Cámara has taken the epic poem Martín Fierro – an integral part of Argentine national identity – and rewritten it from a feminist, LGBT, postcolonial point of view.  The result is joyous, thoughtful and sophisticated.

Tyll by Daniel Kehlmann; translated from the German by Ross Benjamin

Daniel Kehlmann takes the folkloric character of Till Eulenspiegel –  a trickster and bringer of chaos – and recasts him as Tyll Ulenspiegel, a man who becomes a successful court jester during the bloody and incredibly destructive Thirty Years’ War (1618-1648). As Tyll and his troupe travels through the war-torn European countryside, he becomes a darker, more cynical version of Forrest Gump, interacting with various historical characters – ruler, nobles, clergy – telling them truths they do not want to hear.  Tyll is a magical realist historical novel, a rollicking story that mocks the absurdity of rules and hierarchies, and slyly reveals how memory and self-interest obscures the truth of history.

Hurricane Season by Fernanda Melchor; translated from the Spanish by Sophie Hughes

The first thing that hits you in Hurricane Season is Fernanda Melchior’s distinctive language. There’s very little punctuation – each of the chapters are one paragraph long, and each of these paragraphs are made of long, often multi-page sentences.  The effect is a rush of oral storytelling by characters who might be long-winded (and perhaps unreliable), but won’t be interrupted.  The characters are sharing rumours and memories of a local Witch, whose murdered body was discovered in her village in Mexico. The chapters reveal a violent environment full of drug abuse, poverty, alcoholism, corruption, homophobia, and misogyny. What’s most horrifying is that the pervasive violence and plentiful foul language perfectly mirror the reality in many parts of Latin America – borne of a depravity that happens when upward mobility is not an option.

The Memory Police by Yoko Ogawa; translated from the Japanese by Stephen Snyder

In The Memory Police, our unnamed narrator lives on an island whose authoritarian government routinely disappears concepts and their associated objects, words, and memories – such as toaster, bird and fruit.  The Memory Police then sweep in and ensure that no traces of these remain.  People who somehow manage to retain memories of disappeared things, are at risk of being disappeared too.  In the hands of Yoko Ogawa, this chilling scenario becomes an elegant and enigmatic and surprising story about art, loss, beauty, love, memory, and old age. The political undertones of The Memory Police are remarkably prescient, 25 years after its original publication – resonating with our current issues of authoritarianism, cancel culture and our internet-centric society.

The Discomfort of Evening by Marieke Lucas Rijneveld; translated from the Dutch by Michele Hutchison

Still only 29, Marieke Lucas Rijneveld is a rising star of Dutch Literature – their debut novel became a bestseller upon release, and has now become the first Dutch novel to be shortlisted for the International Booker Prize.  Set on a dairy farm, The Discomfort of Evening tells the story of Jas, a 10-year-old girl who grapples with grief and a loss of religious faith after her older brother dies in an ice skating accident. The family unit, and each individual member, slowly falls apart; the story is bleak and confronting, yet strangely lyrical due to the vivid imagination of its young narrator.  Rijneveld, who is non-binary, has been praised for giving new perspectives on themes explored regularly in Dutch literature by older, gender-conforming writers. 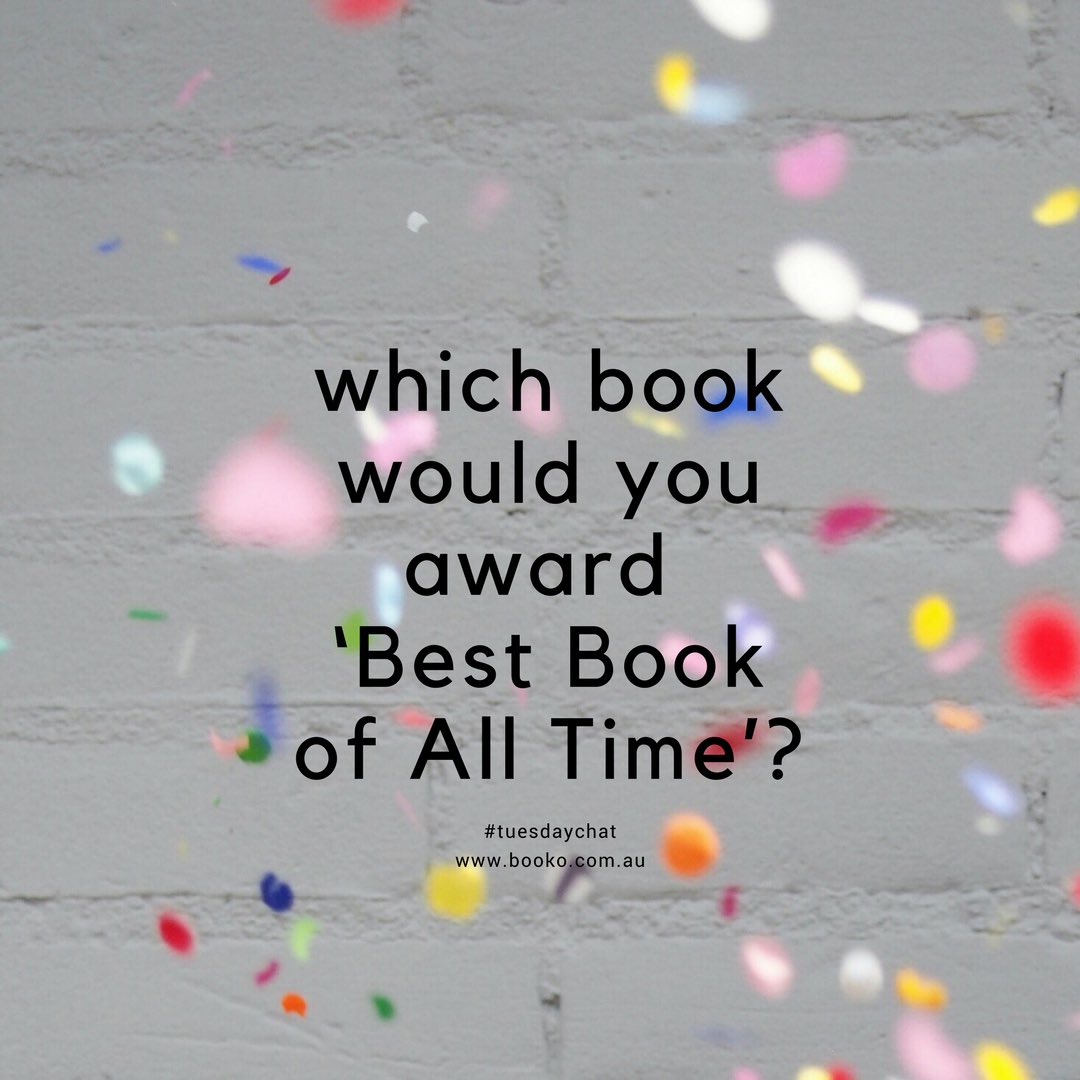 Oh my goodness, we are seriously drawing blanks on this one (there’s so many)…which book would you award ‘Best Book of All Time’ to???